After enquiring into potential omissions or irregularities HMRC will form decisions of what additional tax might be payable together with whether any penalties are payable thereon and the level of those penalties.
Often the decisions taken by HMRC, are after constructive dialogue with taxpayers and their advisers and are accepted to be fair and appropriate in the circumstances.  However, sometimes there remains disagreement with HMRC over the position that HMRC has taken.
The amount of tax and / or tax penalties payable is a matter of law.  It depends upon the particular facts pertaining to the situation and the correct application of the relevant law – both statute and case law – to those facts.  As such, there is sometimes ongoing disagreement about whether HMRC has considered all of the relevant facts appropriately and / or whether they have correctly interpreted the law and applied the law appropriately to those facts.
Upon reaching decisions about outstanding tax or penalties HMRC will formally communicate those decisions to the taxpayer in a decision letter.  Typically, outside of any emergency extensions (for instance, because of Covid 19) and in the absence of a valid reasonable excuse for any delay, the taxpayer will be given 30 days in which to respond indicating that they wish to appeal the decision.  In the absence of an appeal, the liabilities decided by HMRC become determined debts and are passed on by HMRC to their debt collection department.
APPEALS TO THE “INDEPENDENT REVIEWER”
For “direct taxes” such as Income Tax and Corporation Tax the first stage of appeal of these taxes and related penalties is to an “independent reviewer” within HMRC.  This person will not be the original HMRC decision maker and will be tasked with reviewing all the relevant information and technical analysis afresh.  In practice, the independent reviewer will normally still just consider the same guidance that might have been given to the original Inspector by technical specialists within HMRC.  However, independent reviewers do sometimes disagree with and over-rule the original decision maker because they conclude that the original decision was not entirely logical or reasonable or because the taxpayer has had the opportunity in making the appeal – sometimes upon a change of adviser – to introduce additional crucial information or better considered technical arguments.
For “indirect taxes” such as VAT, the taxpayer has the option of whether to appeal an HMRC decision of these taxes and related penalties to the independent reviewer in the first instance or else to appeal directly to the First-Tier Tax Tribunal.
ALTERNATIVE DISPUTE RESOLUTION (“ADR”)
As an intermediary stage before appealing any decision upheld by the independent reviewer to the First-Tier Tax Tribunal (“FTT”) or else opting to appeal directly to the FTT for indirect tax matters, a taxpayer can apply for Alternative Dispute Resolution (“ADR”).  HMRC is not bound to enter into ADR with the taxpayer but will normally do so where:

ADR involves a mediation meeting conducted between the taxpayer and their advisers and Inspectors from HMRC together with one or more mediators – of whom, at least one is normally an avowedly impartial trained mediator from HMRC.
Often ADR succeeds in achieving a mutually acceptable outcome.  However, there is no guarantee of agreement and no outcome can be imposed on the taxpayer or HMRC by the mediators.
THE FIRST-TIER TAX TRIBUNAL (“FTT”)
The FTT is the normal first instance court of appeal for most tax matters.  Unlike, the entirely private previous negotiations and appeals directly with HMRC, the FTT exposes the taxpayer to publicly held and published proceedings.
The FTT gives a direction allocating the case to one of four categories:
default paper cases - for simple appeals, such as late filing penalties - appeals of this type will generally be dealt with by written submission although the parties can request a hearing;
basic cases - these are normally dealt with through a hearing with little exchange of documents before the hearing – for instance, penalty matters;
standard cases - these are subject to more detailed case management;
complex cases - these are the more complicated cases, which are also subject to detailed case management, but the Tribunal can only allocate a case as “complex” if it considers that the case will require lengthy or complex evidence or a lengthy hearing, involves a complex or important principle or issue or involves a large financial sum.
Normally, both sides pay for their own legal advice and representation.  However, for “complex” cases the taxpayer has the option to opt out of the normal costs regime. The benefit of “opting out” is to avoid the risk of becoming liable to pay HMRC's costs if the taxpayer loses their appeal, but in doing so the taxpayer loses the right to recover their own costs from HMRC if they win.
The tribunal is usually heard by a legally qualified judge and a “member”. The member is not usually a lawyer, but has other relevant experience for instance, as an accountant.
All parties are normally entitled to attend the hearing and hearings of the FTT are held in public.
In basic and standard cases, HMRC is often represented by a person from its Appeals and Reviews Unit, called a “presenting officer”. However, in complex cases, HMRC is normally represented by a lawyer from its Solicitor’s Office, or by a barrister from external chambers – perhaps even a leading QC depending upon the perceived level of public interest in the outcome.
Full decisions are published, normally within three months of the hearing.  However, it can sometimes take a year or more.
THE UPPER TRIBUNAL
If the taxpayer or HMRC loses at the FTT they can appeal to the Upper Tribunal if they can obtain permission and only on the grounds that there is an “error of law” in the FTT decision. Appeals cannot be made to the Upper Tribunal on the facts except on the basis that no reasonable tribunal could have come to the same conclusion as the tribunal in question.
Occasionally, the Upper Tribunal hears some complex cases as a court of first instance.
Cases are usually heard by two Judges. They will be High Court judges or experienced FTT judges with tax knowledge who have been appointed Upper Tribunal judges. The Upper Tribunal is a court of record, creating binding precedents which must be followed by the FTT.
HMRC will normally demand the payment of the disputed tax before the appeal is heard, for any FTT decisions found in its favour. If the taxpayer has won its case in the FTT HMRC normally repays any tax plus interest.
APPEALS FROM THE UPPER TRIBUNAL
Appeals from the Upper Tribunal are restricted to cases which would raise some “important point of principle or practice” or for some other “compelling reason”.
Appeals beyond the Upper Tribunal to the Court of Appeal require permission to appeal, and can only be on points of law. If the Upper Tribunal refuses leave to appeal, then approval may be sought directly from the Court of Appeal. 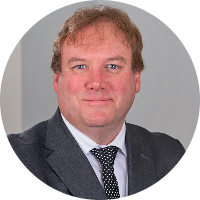 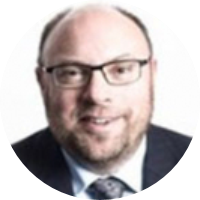 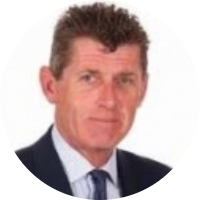 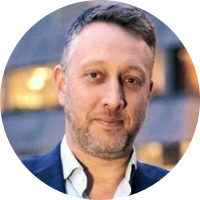