If you’re an employee and work at sea, you may be able to reduce your tax bill by getting the Seafarers’ Earnings Deduction.

To get the deduction you must have:

You can’t get the deduction if you were:

Working in the North Sea

We recommend that you request a statement, signed by the Captain or Chief Officer, confirming all the dates on which you were outside the twelve mile limit during the trip. You should obtain this for each and every voyage around UK and North Sea waters. A number of ships are now able to produce a monthly statement like this but if your ship is not up to this, you might want to keep a log of your own and get the Captain to sign it.

What is the definition of outside the UK for SED?

Any vessel engaged in exploitation of mineral resources by means of a well whilst standing or stationed in any waters, is an offshore installation.

If you work on an offshore installation anywhere in the world, you are not regarded as a “seafarer” for the purposes of the deduction and your earnings for duties performed on such a vessel or structure will not qualify for the deduction.

Where there is any doubt as to your vessels eligibility to qualify as a vessel HMRC are now asking to see the Daily Progress reports that specify the precise nature of the vessels’ work. They are not now prepared to accept a statement from the Captain of the vessel confirming that your vessel did not undertake any exploration for, or exploitation of, minerals during the year whilst standing or stationed for in excess of 120 hours. 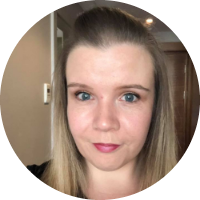