The Patent Box regime is a generous tax incentive introduced in 2013 to encourage innovation in the UK. The regime broadly offers an additional deduction in calculating taxable profits, with the effect that the relevant intellectual property profits are taxed at a reduced corporation tax rate of 10%.
The relief was phased in over a period of four years, and so full relief on all Patent Box profits came into force in 2017.
Who is eligible to elect into Patent Box?
To qualify for Patent Box, a company liable to UK corporation tax must make profits from exploiting qualifying patented inventions (or other certain medicinal or botanic innovation rights).
The company must either own qualifying patents or hold exclusive licences for the rights to those patents, which must have been granted by the UK Intellectual Property Office, the European Patent Office or certain European patent offices.
An exclusive licence needs to give the licensee an exclusive right to exploit the patent in one or more countries and the right to enforce the patent against any infringement of those rights. If the patent is held by a group company and the patent rights are conferred on another company in the group, then that company is to be treated as holding an exclusive licence.
A development condition must also be met. Under the new regime, the company claiming relief will need to be sufficiently involved in the development/innovation of the qualifying IP rights or products incorporating the patented invention. Managing the rights is no longer sufficient (as was the case under the old regime for group companies that held qualifying IP rights and allowed other group companies to develop the IP).
Patents pending
If you have applied for a patent but it has not yet been granted, the benefit of Patent Box can still apply. Providing the company has elected into Patent Box and submitted a pre-grant election for a particular patent, the benefit accrues while the patent is pending, and is claimed in the period when the patent is granted.   The relief can be claimed on profits made up to six years prior to the grant, so long as the above-mentioned elections were in place for these accounting periods and providing this is after 1 April 2013.
Electing into Patent Box
A company must elect into Patent Box by giving notice to HM Revenue & Customs (HMRC). The notification is usually included within the company’s tax return/computations. A company has two years from the end of the accounting period in which to elect into the regime.    Once an election is made, the company will remain in Patent Box unless the election is subsequently revoked. It should be noted that once an election is revoked, a company will not be able to elect back into the Patent Box regime for a further five years.
Interaction with R&D tax relief
Patent Box complements the R&D tax relief regime. Any additional deduction obtained for making a claim for R&D tax relief is excluded from relevant taxable profits thus increasing the benefit of Patent Box. In addition, qualifying R&D expenditure together with any uplift and Research & Development Allowances (RDAs) are excluded from the calculation to identify routine expenses. However, companies that outsource their R&D to fellow group companies may find the benefit of Patent Box reduced as the aim of the Nexus approach is to reward companies who undertake their R&D in-house or use unconnected third parties in R&D projects. Care should therefore be taken within groups to ensure, where possible, that the R&D tax relief and Patent Box claim are within the same company.
Unlike R&D tax credits, the Patent Box deduction cannot be exchanged for a cash repayment. 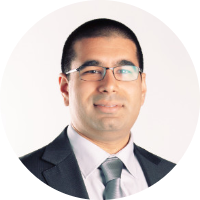