Some articles have been written prior to the Chancellors Spring statement (23rd March 2022) suggesting that the Government is looking to change or cut the SME R&D scheme.

The justification used is the lower level of additional investment by SMEs in R&D versus the additional investment made by Large companies under the RDEC scheme. It is our view that to imply such a relationship means the SME scheme is not working while RDEC is working is not necessarily correct. It is possible to draw false correlations from statistics. In fact a completely different view could be taken that Large companies do not rely on or are not influenced by government support because the smaller RDEC is a very small part of their R&D spend. This view was supported by a Large Company MD who spoke to our MD at a Commons roundtable event on R&D, that RDEC had no influence on his company's decisions as it was so small in terms of benefit it was simply a bonus. Large companies are able to raise funds more easily and fund their own R&D. The 2019 Labour manifesto promoted ending RDEC while keeping the SME R&D scheme perhaps for this reason, funding those that need it. Funding for SMEs is acknowledged as being far more difficult and often requires personal guarantees from Directors a situation Large Company Directors never face. The relatively small level of additionality for SMEs from a higher level of support could collapse completely if SME R&D support is cut and the spend matters. SMEs account for three fifths of employment and 99.3% of total business in UK and are on that basis important and deserving of support.

Covid 19 has put a massive pressure on public finances. The Government will undoubtedly look to reduce spending where they can. We believe the Government should be honest about this and that it is wrong to jump on any one source of information to justify a desired cut for a different reason than financial necessity. Even if it is financially needed we believe it would be self defeating to cut SME R&D support, as SMEs are the main part of the UK economy by employment which feeds through to tax receipts. R&D is central to growth and hurting SME growth will not help the National Debt.

Tim Walsh of RandDTax conducted research on the impact of SME R&D claims for his MBA and surveyed our customers. His views are below.

We have represented over 1,500 small companies whose voice may have been overlooked in prior reports.

I undertook a research project to attempt to determine if there is any evidence to suggest that R&D tax relief has influenced key decision makers in small companies with regard to their innovative activities and expenditure, and also whether it is possible to show any tangible benefits for either the Treasury or UK plc as a whole.

I have attached the full report, should you wish to refer to it, however, for brevity here are the conclusions:

With regard to the comparisons made between the RandDTax data and the industry averages, albeit that with a larger data set analysed over a longer period of time, the results would be more robust and reliable, I believe that as both the employment levels and turnover levels for the RandDTax figures (by the end of the 4-year period) are significantly higher than the ONS figures, they are indicative that the influence of the relief creates a benefit to the Treasury, by increasing employment taxes and reducing benefit payments, and to UK plc, through the creation of increased levels of intellectual property.

Short term profit movements are difficult to interpret and conclude upon because if a company is increasing its R&D activities, it will be increasing its expenditure and the likely short-term effect would be a reduction in profit, until sales rise sufficiently to increase the profit level. Hence the necessity for R&D tax relief to bridge the gap and encourage companies to take the risk to invest in innovation.

The qualitative data suggests that the relief has increased the speed of the decision-making process i.e. accelerated investment plans and, in some cases, increased the level of expenditure and hence the depth of R&D undertaken, resulting in better researched and ultimately better products, services, systems and processes as a result. These enhancements have also been brought to market in a timelier fashion, which in our increasingly complex and fast changing world, is essential for their success.

Together with this, in some cases the relief has encouraged the continuation of projects that otherwise may have fallen by the wayside.

As well as the financial impact of the relief, I believe there could also be a psychological effect whereby, if it is perceived that what you are doing is worthwhile, evidenced by the fact that your government is willing to incentivise you to do it, and internationally respected business leaders like Sir James Dyson are repeating the same message, then you are more likely to continue that behaviour and perhaps increase your commitment and involvement with it. This could be an interesting area for further investigation.

The SME scheme of R&D tax relief is crucial, and at times a lifeline, to tens of thousands of small companies that are attempting to create innovative solutions on very small budgets, all contributing to UK plc in terms of employment, taxes and intellectual property.

The ability of these companies to undertake R&D and the related expenditure seems to have been completely ignored or overlooked by Cambridge’s Centre for Business Research report and there is the possibility that decisions could be made based on the principle of ‘additionality’. However, I would argue that ‘additionality’ is an impossible figure to gauge accurately, as it relies on the following:

People’s/companies’ definition and understanding of the concept

People’s/companies’ integrity when responding to a survey

Whilst I am in no way questioning the integrity of ‘Large’ companies, I do believe that they would have a deeper understanding of the significance of their replies to surveys (in the same way that they would be more aware of the benefits of ‘lobbying’ for example).

Large companies would also have significantly more available resource to answer surveys, whilst Small companies (less than 50 employees), would need to focus their sparse resources on the ‘job at hand’ ie the main activity of the business.

I agree that getting more ‘bang for your buck’ is important and I believe that by countering abuse of the system through the introduction of more accountability of both the claiming company and the advisor and ensuring full justification documentation is submitted along with a claim, will significantly reduce abuse and therefore increase the ‘value’ of the relief. 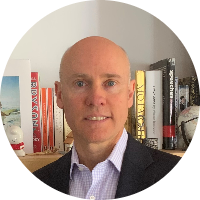